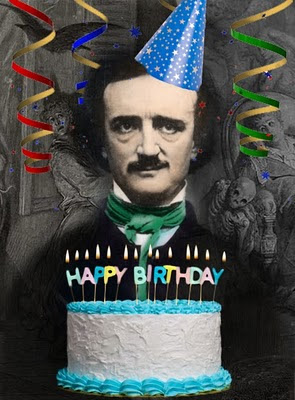 The celebration of Poe’s birth date does not go unrecognized.  The Poe Museum in Virginia, as well as many others, will be throwing an Edgar Allan Poe Birthday Bash.

And, rightfully so, Poe is an important figure in American literature.  For my friend who said the other day, “like, what’s the big deal?!”  LET ME TELL YOU THE IMPORTANCE OF POE.

In the early 1800s, the American government called on writers to create a true American Literature to differentiate and separate ourselves from all things Great Britain. Remember, America had just gained it’s official independence from the mother land. By the time Edgar and his contemporaries were born, we were only a generation out from under British rule. There were still loyalists, still people very attached to the “old ways”.

Literature affects society just as society affects literature. By creating a true and distinct American Literature, we could become a true and distinct nation. And while Hawthorne, Emerson, and Thoreau were definitely refining our style, Poe made waves. The stories he published made people sit up and take notice. His style was not always taken seriously here in the states, but authors and critics abroad were giving him credit.

Sometimes it takes someone to shake up the status quo, to capture the deeper, darker parts of our soul individually and collectively to make us look at ourselves and see us for who we are. I think Poe did that. He had a lasting effect that artists, authors, musicians, and readers are still inspired by.

The Poe Museum will be celebrating his birthday on Saturday, January 20th. 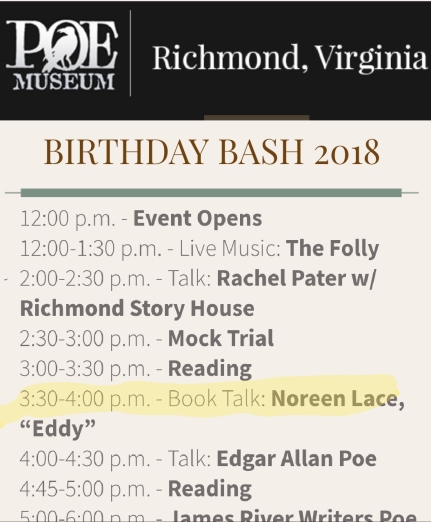 If you can’t be there, you can still take part in the birthday bash.  Buy yourself a cupcake, throw your own Poe party, join an online group and celebrate with the members.

I’ve attended before. The first time, I did my own Poe Tour. 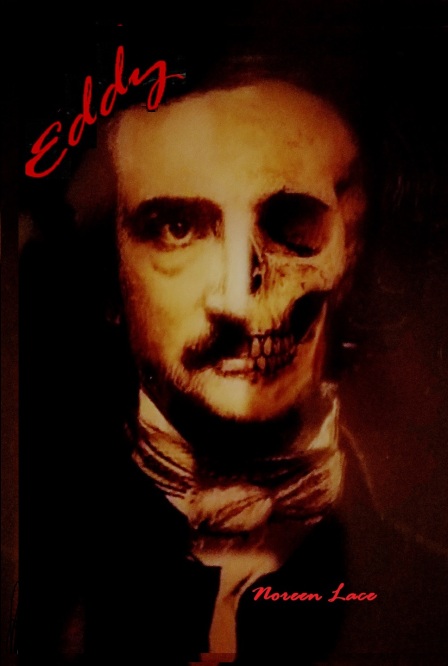 I’ll be reading, discussing, and signing my new book, Eddy.

The inspiration, the facts, the conjecture.

The reviews for Eddy are kind and generous! Thank you. Thank you.

“Equally as enthralling as it is tragic”

“Edgar would be proud!”

Have a lovely new year! Be kind to one another.