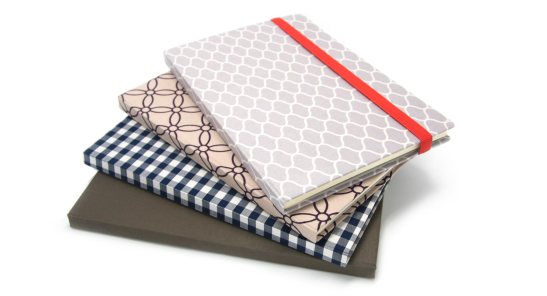 Dan Brown, Neil Gaiman, Judy Blume, and a number of other authors talk about writing in notebooks.

Blume says she fills it up from start to finish. I have to admit, a have a number of half empty notebooks. I keep them in various places, the car, the bedroom, dining room table, my desk. Then, I move them around, put them elsewhere and begin a new one before I rediscover the one I previously used.

I used to use big composition notebooks. These days I use smaller journal types.

Studies show that writing by long hand in a notebook uses a different part of the brain.

I wrote Grandma’s Last Secret by long hand in a notebook.  I wrote the whole of West End in a notebook before I ever thought of touching the laptop. I feel like there’s a difference for me. And sometimes, the notebook is easier on the eyes, easier on the brain. I don’t feel as much pressure from a pen and paper that I do when I sit in front of the computer.