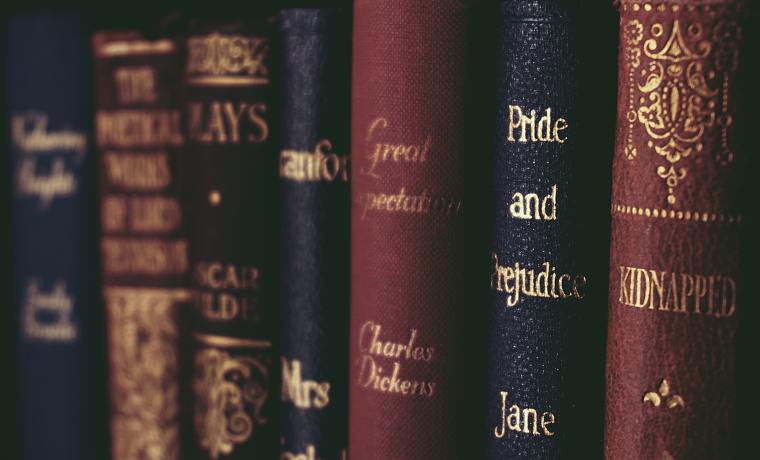 You’ll remember reading some great stories in which the character is reading or recommended a book to read to another.

Authors do not peel off the list carelessly, especially if it’s a single book, author, or scene. These are chosen carefully to reveal something specific about the character, to complicate the story, or to foreshadow what is to come.

There are numerous books which mention other books or authors; however, I’ll example Charity, a short story by Charles Baxter.

In one scene a drug dealer has Othello open to Act 3. It’s unclear if the dealer is actually reading – he’s sitting in a dimly lit bar, running his finger down the page; however, the main character offers, “the handkerchief. And Iago” to identify the scene and illuminate the foreshadowing.

The story of Othello, and more specifically the scene, involves Iago as the master of a manipulation using the handkerchief as evidence of a betrayal.

This is not by some accident that Baxter chose the story and the scene. He didn’t grab at something out of the blue because he needed the dealer to be reading at a bar. He chose to use a scene from another classic text to complicate and foreshadow what is to come. However, the question becomes how does it layer the story of Charity?

I won’t tell you, but I highly recommend reading the story.

In one story, I had a character reading a book by Betty White. The book is fictional, but I wanted the character to be seeking an idea of normalcy as far from herself as I could get.

Presently, I’m working on a novel. One of the characters is rather shallow and cares about the appearance of things more than anything else. Another character is describing the home and I needed a coffee table book to reflect the first. I felt he would choose a book which matched the decor, but also shows him as worldly. I chose National Geographic’s Stunning Photography. He’s never even cracked the spine, he just wanted something beautiful to match the blue of his curtains and make him look good to his guests. I may change it, but right now I think it works.

Give thought to the choices in your work, even if it’s a book sitting on a table, passing from one character or another, or in a window. It’ll layer your work, giving more depth to your characters and the story.

2 thoughts on “What Your Character Reads”